Yusuf made the call in an interview with newsmen on Friday in Ilorin. 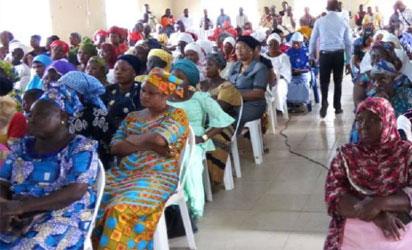 He said that the nonchalant attitude of most women to politics was responsible for their few number in leadership positions in the country.

According to him, many Nigerian women believe that politics is a game for men only and therefore, show no interest in who governs them.

â€œWomen are needed to make things work perfectly for any nation. They are the builders of a nation because women are mothers of all.

â€œNigerian Women must come out to join the game and stop seeing it as menâ€™s game alone.

â€œA woman can also become the President of Nigeria just like as demonstrated by Ellen Sirleaf-Johnson, the immediate past President of Liberia.

Rejection In College Is A Good Thing, I Promise You

NDDC has concerns to respond to over Ojirami Dam– Akpatason

No more hiding place for criminal elements in Ikorodo- Ambode