The stage is set for a possible presidential veto on the proposed amendments to the Electoral Act which, from all indications, would be met by anÂ  uncomplimentary override by members ofÂ  the National Assembly.

Itâ€™s is about theÂ  congruity, appropriateness and altruism embedded in the proposed legislation on order of elections, at a time when theÂ  Independent National Electoral Commission, INEC, has put forward a time-table for the 2019 general elections.

This report will show why the hot air by some senators who kicked against the amendment would expose the polity to more heat.

The just amended Electoral Act was introduced by the House of Representatives.

By the provision of Section 87 (c) of the Senate Rule, during conference committee meeting of both Chambers, it states that any â€œmatter which has already been agreed to by the Senate or House of Representativesâ€�, it shall not be in order for the Senate to strike it out from the bill. Invariably, what this means is that since the order of election is a matter introduced by the House, and the Senate, in this instance, has no counter provision, then, it becomes compelling for the Senate to adopt that provision.

Also, the provision of Section 76 (1) of the 1999 Constitution as amended in the (First Â  Alteration) Electoral Act, 2010, empowers the NASS to state the order of election. While the original provision of the 1999 Constitution states that â€œElections shall be held on a date to be appointed by the Independent National Electoral Commissionâ€�, the 2010 amendment in Section 5 states that â€œSection 76 of the Principal Act is altered – (a) in sub-section (1), line 2, by inserting immediately after the word â€œcommissionâ€� the words in â€œin accordance with the Electoral Actâ€�.

What this means is that INEC can, among other things pertaining to election matters, fix dates of elections; but this would be done to the extent that it is â€œin accordance with the Electoral Actâ€� enacted by NASS.

For example, since 1979, the only two times when the presidential election was conducted first, in the order of elections, was when an incumbent President was desperately seeking re-election and was not sure he would win.

That was what happened in 1983 when Alh. Shehu Usman Aliyu Shagari was seeking re-election.Â Â  Unlike 1979 when the national AssemblyÂ  electionÂ  came first, the then National Party ofÂ  Nigeria, NPN, leadership, worked with the then Federal Electoral Commission, FEDECO, headed by (rtf) Justice Ovie-Whiskey, to commenceÂ  the process with the presidential election.Â Â  What that then did, was to set a tone for the bandwagon effect after theÂ  orchestrated landslide andÂ  moonslide victory recorded by Sharagi.

The second time the Presidential election was held first was in 2015.Â Â  This time, it was former President Goodluck Ebele Jonathan who was seeking re-election.

In fact, in Jonathanâ€™s case, he was forced to agree that the Presidential and National Assembly elections should hold simultaneously.Â Â  This was premised on the false assumption that he would win.Â Â  Unfortunately, he did not.Â Â  Conversely, it was his defeat at the March 28, 2015 poll, that laid the foundation for the All Progressives Congress, APCâ€™s, magical performance in the other elections because the persona of Muhammadu Buhari was the pole on which many of the APC candidates hoisted their ambition.

However, the curious aspect of what the members of NASS have done with the so-called bottom up arrangement that is expected to usher in a rainbow legislative body, where individuals of different persuasions are expected to have been voted for on the merit of their character, could have passed litmus hadÂ  theÂ  state legislative election been takenÂ  along with the national assembly election.Â Â  This would have made a water-tight defence for the amendment which has been insinuated into the realm of selfishness.

A more significant implication of the passage of the electoral law amendment is that it shows some politician still want to latch onto President Buhari to gain acceptability at the polls.Â Â  The NASS remains the biggest assembly of elected politicians as it has 469 elected representatives. If the President has an interest in a provision of the law, he merely needed toÂ  haveÂ  worked with members of the NASS who, in this case, are peopled, largely, by members of his APC.

That this chasm exists is a reflection ofÂ  theÂ  type of relationship that exists in the ruling party.Â Â  In fact, it is in realisation of this frosty relationship between theÂ  executive and legislative arm of government as well as the other pockets ofÂ  discontent among and betweenÂ  political leaders in the party that Buhari picked the former governor of Lagos State, Bola Ahmed Tinubu, to head a reconciliation committee.

In the Senate 10 Senators addressed the Press, after walking out of plenary session.

The 10, Sunday Vanguard has been made to understand, are individuals with varied grievances and interests.

Ranging from individuals who have not been pronounced totally free of on-going charges against them by the Economic and Financial Crimes Commission, EFCC, to those who have made Aso Rock Presidential Villa a second home, some of the lawmakers needed to openly demonstrate loyalty.Â Â  In another instance, one of the aggrieved senators was said to have been removed as chairman of a juicy committee, while another is expecting a possible ministerial appointment.

Yet, in some other instances, some senators who are having issues with the state governors know that loyalty to President Buhari would play a role in how their state governors are persuaded to allow them get the party ticket for a return to the national assembly.

The NASS seemed set to ensure that the bill will gets to Presidency last Friday, Â  February 16, or tomorrow,Â  FebruaryÂ  19.

From tomorrow, the 30 days allowed by Section 88 (b) of the Senate Rules will start counting. The National Assembly will definitely overturn the veto – if the numbers add up.

The seeming desperation by those who see murder in the new amendment opens them to the insinuation that, perhaps, something is going to be suffered.Â Â  In the press conference held by the 10 senators whoÂ  walkedÂ  out, they seemed to suggest that the amendment was targeted at President Buhari.Â Â  Although they did not explain how, the ready conclusion in some quarters is that the legislators do not want any form ofÂ  encumbrance(s) to their re-election bid.

Apart from the hot air, there are key issues in the amendment like the legalisation of the use of the card readers, the rigorous and transparent process for the emergence of party candidates for the elections, Â  provision for biometric accreditation of voters with smart card readers, immediate transmission of results from polling units to collation centers, fixing of maximum expenses that can be incurred by every politician, setting clear criteria for the substitution, resignation and replacement of candidates, among other amendments.Â 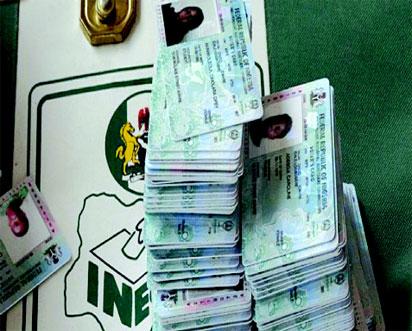 These are good measures, important amendments and essential issues that should not be thrown away with the issue of order of elections. These are measures that can deepen the democratic process, correct the ills and mischief of the past and give legitimacy to earlier innovation used by INEC.

TheÂ  mistakeÂ  of throwing the baby away with the bath water, a mistake made in 2006 in the frenzy not to pass the tenure elongation amendment, should not be repeated.

InÂ  addition, the voting masses would not be psychologically primed to vote in a particular direction since the presidential election would hold last.

More, in a polity such as Nigeriaâ€™s, where theÂ  humongous power of the President is considered one of the weightiest in the world, the ends to which the powers of that office can be put is unlimited.Â Â  Therefore, any arrangement that would aid a fair process in the eventual election of the holder of such an important office should be encouraged.

ORDER OF ELECTIONS SINCE 1979

In 1992, Senate and Reps elections took place onÂ  July 4. While Presidential election took place on June 12, 1993. The houses of assembly and governors had been Â  inaugurated a year earlier.

In 1999, Â  the election of Senators, Reps members and state legislators were the first to hold onÂ  Feb 20. That of Â  governors and president held onÂ  Feb. 27.

In 2007, governorship and state legislative elections held onÂ  April 14,Â  before the presidential and national assembly polls a week later.

In 2015, when President Jonathan, out of insecurity, insisted on having the Presidential election first, he had to agree with the Nass for the Federal legislative polls too to hold on the same day,Â  March 28Â  while Governorship and State Assembly polls heldÂ  two weeks laterÂ  onÂ  April 11.

10 Ways to Feel Comfortable with Your College Culture

21 Places to Go To in Europe that Aren’t Fundamental

Inability to move motion for bail exposes fake lawyer who has...

The requirement for development in research study approach

How to Establish a Spending Plan Prepare For College Student