By Emmanuel Elebeke
ABUJA – The federal government and the other two tiers of government on Thursday shared the sum of N626.827bn for the month of March, 2018. 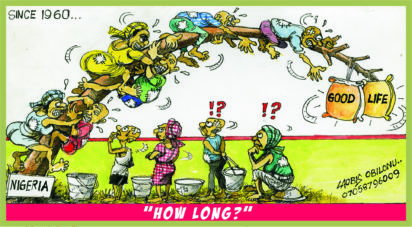 The sum represented federation revenue and proceeds of the Value Added Tax (VAT) for the month of March.

The funds were shared by the Federation Accounts Allocation Committee (FAAC) at the end of its monthly meeting in Abuja.

It came after the second adjournment of FAAC meeting on Wednesday in a sequence after a similar one occurred in the previous month.

According to FAAC Secretariat, the postponement became inevitable in view of the inability of NNPC to remit the expected returns in the month under review.

The Accountant General of the Federation, Ahmed Idris, who briefed journalists at the end of the meeting, said the N625.827bn distributed to the three tiers of government was N20.563 billion lesser than the N647.390 billion shared in the previous month.

His words: â€˜â€˜In that order, the reconciliation that was started last month continued this month. There is nothing new, we could not meet yesterday because we felt certain milestones have to be reached and getting to those milestones, we sat today to consider these figures for distribution. Reconciliation is always there.

On the previous order given to NNPC to remit all excess revenue accrued to its account, he said: â€˜â€˜As far as NNPC is concerned, regarding the requirements of FAAC, these are the things that are being concerned at the top level meeting and they will be sorted out. Certain things are mere administrative procedures which must be followed. Others are bothered on professional issues, issues of disclosure and presentation.

â€˜â€˜The totality of this is what is being resolved at top management level. â€˜â€™

On why NNPC is delaying in remitting the outstanding N12 billion unremitted funds to the federation account for disbursement, he said: â€œWe feel procedures should not truncate morality and morality should not affect payment of salaries.

â€˜â€˜We donâ€™t talk on mere speculation and hearsay. We will wait for the amount to come and we will see the last kobo and we know what will be distributed.

â€˜â€˜There has to be concrete basis to base our speculation without any leakage so that we can discharge our duties to the letter.â€™â€™ We donâ€™t talk on mere speculation and heresay.

â€˜â€˜In that order, the reconciliation that was started last month continued this month. There is nothing new, we could not meet yesterday because we felt certain mile stone have to be reached and getting to those milestone, we sat today to consider the figures for distribution. Reconciliation is always there.”
Meanwhile, the balance in the Excess Crude Account as at 26th April, 2018 stood at $1.830 million. There was also excess Petroleum Profit Tax (PPT) which stood at $133 million as at yesterday.

Anagbado: Reaping fruits of being inquisitive