By John Mugo, Director of Youth and Talent, ZiziAfrique 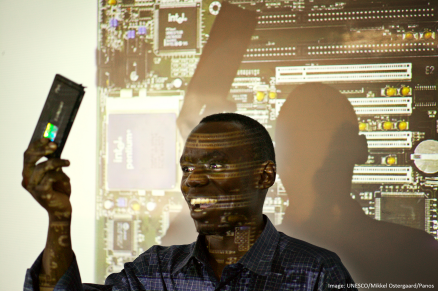 The inaugural Africa Talks Jobs (ATJ) conference has just ended at the African Union headquarters in Addis Ababa. This was an African Union-European Union (AU-EU) bilateral conversation to highlight that 2017 was the year for harnessing the demographic dividend through investments in youth. This meeting brought together over 300 government officials, academia, civil society actors and youth participants from member countries, as well as partners, funding agencies and youth from Europe. The extent of participation showed a clear commitment to the issue. Over two days, we belaboured the equipping of Africaâ€™s youth with adaptive education and skills for employment. Nonetheless, as I now return home, my head has more questions than answers.

First, the youth bulge is nothing to anticipate, it is here with us. As we speak, more than 20% of Africaâ€™s population is constituted by youth aged 15-24 years. Among them, 31% are unemployed, while 35% are underemployed. Most of them are poorly educated, having either dropped out of school or graduated with insufficient skills or knowledge to provide a sound foundation for employment. The 2016 Global Education Monitoring (GEM) Report estimates that just 25% of young people in sub-Saharan Africa complete secondary school. It also points at recent estimates of the UNESCO Institute for Statistics suggesting that 9 in 10 adolescents of lower secondary school age do not reach minimum proficiency levels in mathematics.

The GEM Report has shown in the past that the probability of having a decent job is almost double among those with high, rather than low, reading skills. Yet, in Ghana, 61% of adults had less than the lowest level of reading proficiency skills, for instance.Â  Now, the ATJ conference called, for the business community to upscale training opportunities and expand internships at all levels for youth employment. Now, I can only wonder to myself. Are we fighting some fierce fire in preventive rather than extinguishing gear?

Second, the skills mismatch. Citing from an ILO report, Christine Hofmann articulated the four dimensions of mismatch â€“ vertical mismatch (being over- or under-educated), skills gap and shortage, horizontal mismatch (not working in the area you trained in), and skills obsolescence. Indeed, the conference scratched deeper into the skills revolution as had been proposed by theÂ  then chairperson of the AU Commission, Dr Dlamini Zuma, and went to further to unveil NEPADâ€™s Skills Initiative for Africa. This is a 35 million Euro project partnering with the German Government to catalyse the skills revolution, starting with Cameroon, Kenya, Nigeria, South Africa and Tunisia. While this effort may address two dimensions of the skills mismatch, Misan Rewan, founder of WAVE Academy, cast doubt if the initiative was comprehensive enough to address the scale of the challenge. Looking at the jobs advertised in Africa, you would think 90% of Africans have gone to university, but the fact is that less than 10% have. So, where are the jobs for the 90%? In order to make faster progress, it is vital that youth be matched more carefully for the skills they have accumulated through training.

The conference recommended that AU member states commit to creating national labour information systems, and also improve vocational educational training and frameworks for labour mobility among youth. Professor Nnadozie of the African Capacity Building Foundation, however, warned that our biggest challenge in achieving the skills revolution is not the hard, but the soft skills â€“ developing leadership among youth, and producing the overall attitudes and behaviours demanded by todayâ€™s world of work. I left the conference with little clarity, on how vocational training, and indeed all levels of education, will produce the needed sets of skills, while adapting to the complex needs and circumstances that youth in Africa face.

Third, the conference interrogated the tension between formal and informal job markets. Charles Dan of ILO provided evidence that less than 10% of the available decent jobs in Africa are in the formal sector. Although 60% of Africaâ€™s youth wish to venture into business, most of them are trapped in survival entrepreneurship and hardly do they ascend to opportunity entrepreneurship. Â The discussion seemed to fall into the trap of equating â€˜informalâ€™ to â€˜entrepreneurshipâ€™. The conference recommended thus, that member countries promote entrepreneurship education and recognize and support the skills acquired through non-formal and informal education and training. Caution was raised however, that not everyone wants to be, and can indeed be, an entrepreneur. Misan Rewan argued Â again that â€œwe cannot just say that because there are not enough decent jobs, let the African youth be entrepreneurs. Doing business is tough, and we cannot have this as institutional escape for not creating more decent jobs for our youthâ€�. We must be careful therefore not to take entrepreneurship as the new cure to job creation. I sat and listened, but heard no discussion on tax incentives to job creators, or expanded and eased access to capital, or even business mentorship. I now wonder, might it actually be that we are seeking easier escape routes to job creation?

I left Addis Ababa tormented by the question posed by a young man from Senegal: We are here at the African Union, complaining. So, who is supposed to bring the change? Why havenâ€™t all of you, our leaders, brought this change that you are complaining about? For some reason, I included myself in the accused category of â€˜leadersâ€™. Though no one really responded to his question, we all agreed that the narrative must now change, from â€˜Africa talks jobsâ€™ to â€˜Africa makes jobsâ€™. Now.

Success in Dubai: Pushing ahead on SDG 4 data

FROM THE FIELD: Green shoots of peace in South Sudan

MOUAU First Batch Admission List for 2017/2018 Session is Out