The Katsina Police Command says it has arrested a 28-year-old housewife for allegedly killing her 40-day-old step son. 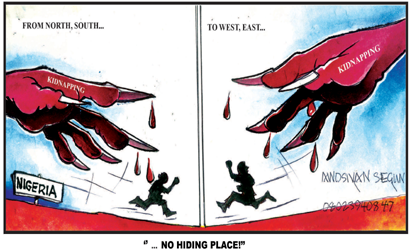 The Katsina State Commissioner of Police, Mr Bensen Gwana, paraded the suspect before newsmen on Friday in Katsina.

â€œThe mother of the baby suspected foul-play and took the baby to the Maiâ€™adua Hospital and later Daura General Hospital where it was confirmed that the boy was poisoned.

Reacting to the allegation, the suspect denied that she intentionally killed the baby, saying that she only used her hand to give the baby the drinking water.

She said she had used her hand to spread rat poison but did not wash the said hand and gave the baby water with it.

â€œThe mother of the baby and my husband have forgiven me, but the parents of my co-wife were those insisting that I must be punished,â€� she told newsmen.

10 Tips on Enduring Finals Without Showering in Coffee

Ending the practice of banning pregnant girls from schools

Lucrative side hustles for firefighters and other business opportunities

Successful side hustles for firemens and other business opportunities