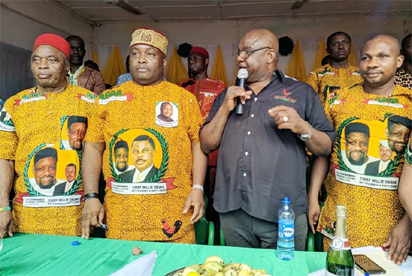 The Oil Magnate, Dr. Ubah, who paid a courtesy visit earlier today to the partyâ€™s state Chairman, Chief Norbert Obi before heading to Orton Palace Hotel Ekwulobia, where the declaration held, assured Ndi-Anambra South, Ndi-Anambra and Nigerians in general that if given the opportunity to represent his people at the Red Chambers, he will put in his best in making quality laws that will benefit both his Senatorial District and Nigerians.

The event was well attended by APGA faithfuls, friends of the oil magnate and constituents of the Anambra South Senatorial District.

Dear Past Me: Do Not Fret, You’re Succeeding

No harm will ever come to a Northerner in the East...

The Fitness Center Keeps Me Sane in College

You can make your love-life sizzle again!

One second of every day of Epiphany term at Durham Uni.