The Inspector General of Police (IG-P) Ibrahim Idris on Saturday directed a 24-hour police surveillance to provide security in schools across Yobe.

He stated this when addressing students of Government Girls Secondary School, Damaturu, Yobe. 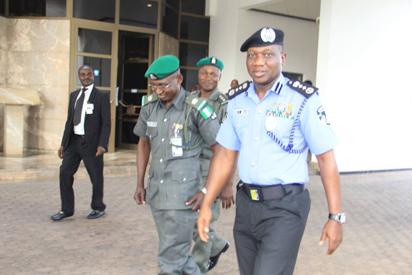 The Police chief said this is to provide students and parents with sense of security to pursue their studies and realise their dreams.

â€œWe will deploy additional policemen to the schools to see to your welfare, safety and security.

â€œThey will be here 24 hours and I want you to cooperate with them, give them information on strange faces and movements for maximum security,â€� he said.

The IG-P donated 10 bags of rice and a bull to the students.

Idris later told journalists that his visit to the liberated areas was to put appropriate measures in preparation for the total withdrawal of the military.

He said the police was partnering with traditional rulers and other stakeholders to provide the police and other security agencies with useful information â€œto move timely and curtail excesses of the miscreantsâ€�.

From Statesboro to Sydney and Throughout In Between

Footprint 2019– An Environment Modification Conference for All

The phenomenon of Biafra (11)