By Joseph Nhan-Oâ€™Reilly, Head of Education Policy & Advocacy and SÃ©bastien Hine, Education Research Adviser at Save the Children 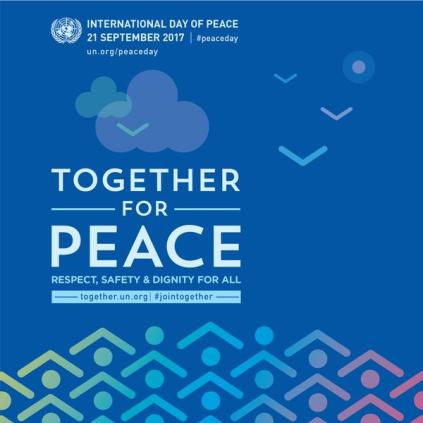 The world is now witnessing the highest levels of displacement on record. According to UNHCR, an unprecedented 65.6 million people around the world have been forced from their homes. Among them are nearly 22.5 million refugees, over half of whom are under the age of 18. A new Save the Children report, Losing Out On Learning, tracks progress made in the countries that pledged at the Leadersâ€™ Summit at the UN General Assembly last year. It shows only modest advances have been made in a year. Slow progress leaves refugees with an uncertain future and the countries that host them with inadequate support.

The refugee education crisis
The state of provision for refugee education around the world is its own emergency, as the 2019 GEM Report being drafted on migration, displacement and education will confirm. More than half of all the refugee children in the world â€“ 3.5 million â€“ are not in school. In the last year alone refugee children have missed more than 700 million days of school, with this figure increasing by 1.9 million days every day.

The case for education for refugees
There are lots of reasons why closing the education gap for refugee children should be a priority.

Education gives all children a place of safety, and can also reduce early marriage, child labour, and recruitment by armed groups all of which refugee children are vulnerable to. It enables refugees to fulfil their potential, improving their job prospects, as well as boosting their confidence and self-esteem.

It is central to building peaceful and prosperous communities, either where they seek refuge, or on their return to their country of origin.

Refugee children put a premium on education
But the key driver for our prioritisation of education in emergencies and in refugee contexts is the priority which refugee children and their families put on getting back to school.

Having lost the homes and often their family and friends, refugee children see education as one of the few things on which they can build their hopes and they consistently ask for it to be prioritised. Itâ€™s time we listened to them.

6 year old Zarpari from Afghanistan is studying at a community school in Pakistan set up by Aqeela Asifi, herself a refugee and winner of UNHCRâ€™s 2015 Nansen Refugee Award. Â© UNHCR/Sara Farid

At UNGA 2016 two events secured progress for refugees and their education. The first was the New York Declaration, which expressed the international communityâ€™s commitment that no child migrant should be out of school for more than a few months from being displaced. The second was the Leadersâ€™ Summit on Refugees, at which eighteen countries, including the United States, Canada, Germany and Mexico, made significant pledges to support refugee education â€“ fourteen refugee-hosting countries and four donor countries. In total, these pledges should enable 1 million refugees to attend school.

One year on, Save the Childrenâ€™s report Losing Out On Learning tracks progress made in each of these eighteen countries. It finds that, since the Leadersâ€™ Summit, modest progress has been made against these pledges but that the burden of responsibility falls disproportionately on low and middle income countries. Progress is notable in countries such as Turkey, Jordan, and Ethiopia, which have created an additional 290,000 school places, and Chad, which has made progress on textbook provision and refugee teacher accreditation.

7 year old Khadija from Syria returns home after attending class at the open accommodation site of Volos, Greece. Our assessment found that Syrian child refugees in Greece had been out of school for an average of 26 months. Â© UNHCR

With 89% of the worldâ€™s refugees in low and middle income countries, and frequently in the poorest regions of those countries, it is unreasonable to expect refugee-hosting countries to get all refugee children into school without sufficient support from the international community. These are countries that already struggle to provide good quality services to their own populations, especially already marginalised groups. Responsibility must be more evenly shared globally.

Given what we know about the challenges in providing quality education to refugee populations, especially in developing countries, which host most of the worldâ€™s refugees, we know that focussed attention, urgent reinforcement and sustained commitment is required.

But we also believe that getting all refugee children the opportunity to learn once again is possible.

Weâ€™ve identified four areas for action to deliver on that promise:

A global plan which backs action at the national level 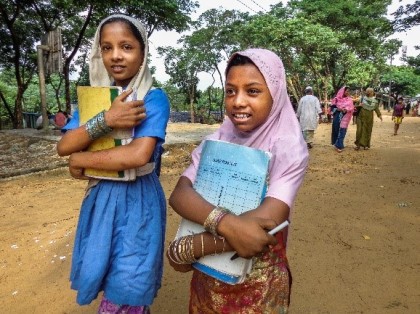 We are calling on member states and international institutions to develop and back with the necessary funding and technical support a global plan to ensure all refugee children have access to quality education.

Such plans would help host country governments to develop a widely shared understanding of the situation regarding refugee education in their country and set out a policy and delivery framework for ensuring all refugee children are in school in learning.

The international community should commit that no credible National Refugee Education Action Plan should go unimplemented for lack of resources.

Education for refugees is within our reach
We are convinced that fulfilling the commitment to quality education for all refugees in practice is possible.

Thatâ€™s not to say we donâ€™t understand the challenges which are multiple and varied.

Itâ€™s just that with sufficient political will, and a commitment to creativity and innovation, they can, and must, be overcome.

Algorithm method was bound to fail for Ofqual | Letters

Development made at POLICE25, regardless of absence of arrangement to increase...

The role of traditional rulers – Sanusi the genius: A case...

This Former Engineer Landed His Dream Career As A Data Scientist