Kaduna – A Chief Magistratesâ€™ Court in Kaduna, on Monday, ordered a 63-year-old man and three others, charged who allegedly raped a neigbourâ€™s 10-year-old daughter be remanded in prison cutody, pending legal advice from the Office of the State Director of Public Prosecutions (DPP). 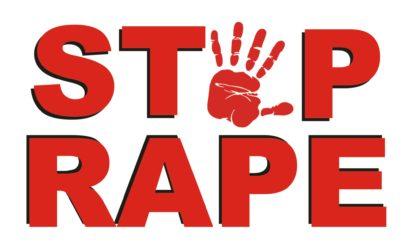 The accused, Michael Idoko, 63, Sunday Ogbada, 57, Augustine Dominic, 23 and Udeh Augustine 25, all residents of Ungwan Teke Kakuri in Kaduna were arraigned on a two-count charge of conspiracy and defilement.

The Magistrate, Ibrahim Emmanuel, gave the order, following an application by the Prosecutor, Asp. Chidi Oke,for the court to remand them after they were arriangned.

The magistrate adjourned the case until May 5, when the case would come up for mention

Earlier, Oke, had told the court that the accusedsâ€™ neighbour, one Mrs Abigail Naâ€™allah reported the matter at the Kakuri Police Headquarters on Feb. 19.

The prosecutor, said that the complainant who returned from church, was told by some people that the accused had ,olested her 10-year-old daughter.

He alleged that when the complainant asked the 10-year-old, she revealed to her that the accused had ,molested her on different occasions.

According to the prosecutor, the accused persons confessed to the crime during police investigation.

Oke said the offence contravened Section 59 and 250 of the Kaduna State Penal Code Law of 2017. (NAN)

The post Man, 63, 3 others in prison over alleged rape of 10-year-old appeared first on Vanguard News.

I could not have actually gone to university without assistance for...

Does she think I’m too old for her?

Prepare for a Career in Data Science with the MCS-DS

Day in the life of a Classics trainee

Day in the Life of a Second-Year Psychology Trainee