Brazilian superstar Neymar arrived in hospital Friday for an operation to mend the broken bone in his right foot that has ended his season at Paris Saint-Germain and overshadowed Brazil’s World Cup preparations. 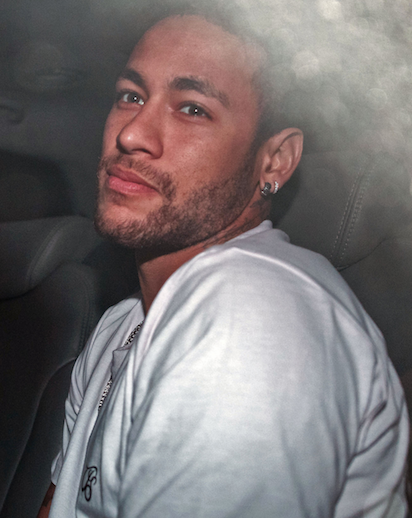 The world’s most expensive football player landed late in the evening at Belo Horizonte’s airport, then immediately drove with his entourage to the Mater Dei hospital, AFP reporters said.

The procedure was due to take place Saturday, led by Brazilian national team surgeon Rodrigo Lasmar.

Lasmar says the fracture of the fifth metatarsal will put Neymar out of action for two and a half to three months. He suffered the injury on February 25 during PSG’s 3-0 defeat of Marseille in Ligue 1.

This leaves PSG without the prolific striker — whose transfer from Barcelona cost the club a record 222 million-euro ($264 million) last August — when they face Real Madrid in a make-or-break Champions League clash next Tuesday.

There are also jitters in Brazil, where Neymar is a key part in the national side’s hopes of glory at the World Cup in Russia starting in June.

Jose Luiz Runco, a former chief medical officer for the Brazilian team, told AFP that the surgery itself “is not difficult.”

“It should take about an hour, or 90 minutes maximum,” he said.

– Pre-surgery cuddles –
Neymar, 26, struck a relaxed pose ahead of his arrival in Belo Horizonte, putting up a picture on Instagram of himself in a wheelchair with his actress girlfriend Bruna Marquezine sitting on his lap and kissing him.

The image-conscious PSG star also posted a close-up of his hand, tattooed with a small cross, holding Marquezine’s hand.

In the heated atmosphere around the operation, Brazil’s Globoesporte website claimed that Neymar was expected to come by helicopter and had booked a whole wing of the Mater Dei hospital. But a local newspaper reported that he would take a more modest suite measuring around 80 by 40 feet (24 x 12 meters).

Staff at the hospital, a tall building with mirrored windows, were put on paparazzi lockdown, with a ban on using their cellphones anywhere near the star. However, an AFP photographer was given access to a room similar to the one Neymar was due to take — a small suite with basic furniture and a second room for the patient.

– Silver lining –
Neymar has scored 28 goals in 30 appearances in all competitions for PSG since arriving. But last Sunday he looked to be in tears as he was stretchered off the field at the Parc des Princes.

On Thursday, he arrived back in Brazil, accompanied by Lasmar, who broke the news that the surgery would require a longer than previously expected recovery time.

“It’s not a simple fracture, but a fracture in an important bone in the middle of the foot,” Lasmar said.

Now Neymar will feel the weight of a nation’s expectations as he races to recuperate in time for the World Cup, where Brazil are seen as having a good chance for winning a sixth title — and eradicating bitter memories of a 7-1 defeat to Germany in the 2014 semi-finals.

He’s already sure to miss two warm-up friendlies against Russia and Germany in March.

There may, however, be a silver lining in Neymar’s forced absence from competitive games, says Cristiano Nunes, the physio for Brazilian first division club Internacional in Porto Alegre.

“When you think how exhausting the European season is, he could even arrive fresher than the others, both physically and emotionally,” Nunes told AFP.

“He’ll return with a real desire to play football and to show his potential.”

Runco said Neymar will likely be allowed to walk with crutches after two to three weeks, then exercise while putting weight on his repaired foot after 60 to 75 days.

The UOL sports website reported that Neymar may recuperate at his residence in Mangaratiba, on the coast of Rio state. The luxury residence has the facilities that would allow the star’s medical team to run a full physiotherapy program, the report said.

Youth activists making a distinction|Stories from the Field

The moving paradigm of college

Commitment to APC will take me to Lagos Home– Hon. Idris

KAS–REMENA Water Journalism Academy 2020 for Media Professionals from the MENA...

No clear management, as APC promises to regard Court Order on...

Would you move in with a partner you are not married...