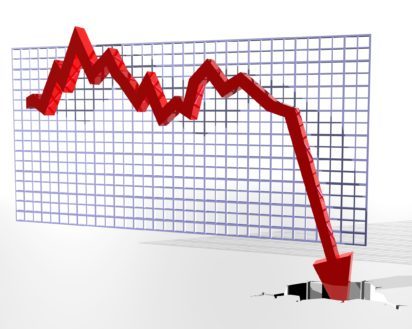 The Nigeria Sovereign Investment Authority (NSIA), the agency managing the Sovereign Wealth Fund has recorded a decline in its profit from N130.3 billion in 2016 to N22.5 billion in 2017.

The Managing Director, NSIA, Mr Uche Orji, while presenting highlights of the financial performance of the fund to the media on Sunday in Abuja, said 2017 was a challenging year for the agency.

Orji blamed the Currency Management Policy of the Federal Government for the decline in profitability.

“The decline of the net foreign exchange gains which accounted for the reduced net operating income recorded in 2017 was as a result of government’s Currency Management Policies, which were aimed at stabilising the Naira in 2016.

“Considering that at the end of that year, about 80 cent of the Authority’s assets were denominated in the United States Dollars, the devaluation resulted in significant exchange gains in the Authority’s Naira books,” he said.

Orji said dividend payment to its shareholders was discussed at the last board meeting but was stepped down till next year.

The agency commenced operations in 2013 with 1.55 billion and there had been expectations that dividend to its shareholders would be paid at the end of the 2017 financial period.

“The law said that we should show profits in each of the three funds consistently for five years after which we will start declaring dividend and this is the fifth year of showing profitability.

“The dividend policy was considered by the board but we decided to step it down and consider it again next year,” he said.

Orji said also the delay in inaugurating the NSIA board led to a lag in re-investment of matured fund which affected profitability in the year under review.

However, he said despite the drop in profitability, the NSIA had decided to increase its funding for infrastructure development.

To achieve this objective, Orji said the asset allocation strategy of the NSIA was restructured to reflect an increased focus on domestic infrastructure investment.

Orji said henceforth 50 per cent of future contributions would be dedicated to infrastructure as against the previous arrangement where 40 per cent of the fund was allocated.

He gave the areas of priority for the agency as agriculture, healthcare, motorways, real estate and power.

On the outlook for 2018, he said the NSIA would continue to maintain its diversified asset strategy to drive returns and mitigate market volatility.

“The NSIA anticipates increased investment in infrastructure as more projects come up to financial close.

“The deployment of the Presidential Infrastructure Development Fund is expected to drive 2018 infrastructure investment strategy as 650 million dollars has been voted by NEC to complete critical infrastructure projects across the country,” he said.

According to Orji, the construction of the 2nd Niger Bridge, which is one of the major road projects being financed by the NSIA, would be completed in the next four years. (NAN)

The post NSIA’s profit drops by N107bn in 2017 appeared first on Vanguard News.

How To End Up Being A Nurse

There are strategies to assassinate Dino Melaye– PDP