BAUCHI—A petrol tanker, weekend, reportedly crushed a baby that fell off a moving keke in Bauchi.

It was gathered that a tricycle rider popularly called Keke Napep, was trying to overtake a petrol tanker by the CBN roundabout, but unfortunately, the baby fell off from the Keke and was crushed to death. 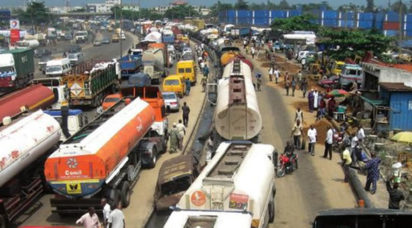 A source, who spoke to our correspondent on condition of anonymity,  said: “I just got to the CBN roundabout when I saw that the accident had just happened. I saw the body of the baby lying there.”

The Sector Head of Operations, Federal Road Safety Corps, FRSC, Bauchi Sector Command, Deputy Corps Commander Paul Guar, who confirmed the incident on the telephone, said the accident occurred Saturday morning, adding: “The tanker was negotiating the roundabout, then the Keke wanted to overtake it from the right hand side at the  roundabout.

“As the keke man who had passengers was trying to overtake it suddenly hit the tyre of the tanker and there was woman with her baby. As a result, the baby fell off and the tanker crushed her head.

“The baby was rushed to the Specialist Hospital where she was confirmed dead.”

He said the Police have arrested both the tanker driver and the Keke driver.

Collective Impact Residency Program 2021 for Black Social Entrepreneurs in the...

Building An App That Can Save Lives

Fashion graduates have a unique opportunity to make retail sustainable |...

Star-Crossed Fans on a College School