By Linda Oduor-Noah, a project manager at The East African Centre for Human Rights (EACHRights) on behalf of nine complainants who submitted a complaint through the complaint mechanism of the International Finance Corporation (IFC) in April 2018. EACHRights is a human rights NGO established in Kenya in May 2010 to promote, protect, and enhance human rights for vulnerable and marginalized groups. Its Education Support Project focuses on upholding the right to education for all children in Kenya especially those living in informal settlements. Over the last two years, it has focused on trends in the privatisation of education.

Bridge International Academies (Bridge) is a multinational, for-profit chain of low cost private schools that entered the Kenyan education landscape in 2009, backed by an A-list of social enterprise funders.  With over 400 schools in Kenya alone, Bridge is the largest commercial provider of education in the region, wielding considerable influence over policy. While the company’s market dominance alone raises questions, it is their threat to rights that made us pay closer attention. Our findings, corroborated by many other independent sources  including both journalists and academics,  led us to the conclusion that the organisation left a lot to be desired with respect to the rule of law, compliance with education standards, transparency and accountability.

To date our actions have included advocacy through open calls and joint statements, letters to investors and meetings with some, including the World Bank and IFC who invested USD 10 million in Bridge in 2013. A variety of international quasi-judicial mechanisms have also been engaged with, which saw committees  such as the United Nations Committee on the Rights of the Child (CRC), the African Commission on the Human and Peoples Rights (ACHPR) and the Committee on Economic, Social & Cultural Rights (CESCR) confirm our concerns in regards to Bridge’s negative impact on human rights.

Despite concerns raised and the evidence presented, Bridge continued to expand. Corporate accountability mechanisms thus became the necessary next step. On 16 April 2018, EACHRights and eight other complainants submitted a complaint to the Office of the Compliance Advisor Ombudsman (CAO), an independent recourse mechanism for the International Finance Corporation (IFC), the private sector arm of the World Bank Group, regarding violations enacted by Bridge.

The complaint outlines the various levels of harm inflicted on each complainant that contravene the IFC’s 2012 Performance Standards, specifically 1, 2, and 4, and the IFCs Sustainability Policy. These performance standards are the internal standards set by the IFC that all their projects must adhere to.

Under Performance Standard 1, Bridge is obligated to respect both domestic and international law. However, the company has consistently failed to comply with national law, education regulations and standards by hiring unqualified teachers, not teaching an approved curriculum and doing so in schools that have not met registration requirements as per Kenya’s Basic Education Act (2013). Schools have also been charged for failing to meet health and safety requirements in various regions of Kenya, a decision that directly puts students in danger. It is highly implausible that Bridge could be collaborating with the government when they have not progressed to the point of compliance after more than five years of discussions. 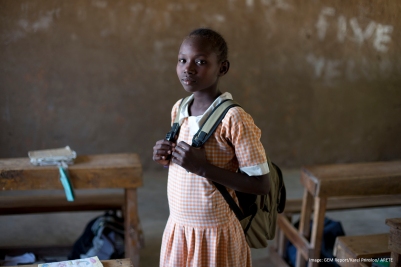 Performance Standard 1 also speaks to economic discrimination: Bridge claims to serve poor families, those earning under $1.60 a day, yet remains increasingly inaccessible to the poorest and most vulnerable children in these communities who are locked out either due to the high cost fees or other selection criteria. Furthermore, to our knowledge, a large number of parents are unable to sustain fee payments at their current level, resulting in a large number of students missing school due to non-payment of fees. There is also no evidence showing that Bridge’s approach leads to increased enrolments of out-of-school or disabled children, as is the case for other IFC investments in basic education. Transparency and participation are also touched on under Performance Standard 1, which states that information should be accessible and understandable to all stakeholders and affected communities. The complaint shows that the company adopts cosmetic approaches to parental participation with a number of parents characterising Bridge as a company that solicits parents to enrol their children with empty promises.

IFC Performance Standard 2 addresses labour conditions such as recruitment, compensation (including wages and benefits), working conditions, terms of employment and so on. Performance Standard 2 underscores the need to protect workers’ rights, in compliance with national law. Complainants were able to demonstrate that Bridge pays some staff below minimum wage and that the work environment was hostile, with aberrant performance management and instances where due process was not followed in regard to termination of staff.

Lastly, under IFC Performance Standard 4, Bridge is required to avoid or minimize any risk that could negatively impact the communities’ health, safety or security. These safety standards are outlined in section 19 of Kenya’s Basic Education Act and the Safety Standards Manual for Schools, both of which form the basis for Bridge being sued by local government public health departments for violating these standards.

A call for better scrutiny of IFC investments

No state should have to choose between attaining positive learning outcomes and respecting and protecting the rights of all stakeholders involved. This hints at the false equivalencies often raised in this debate. We are not against private education. In fact, we come across and applaud a plethora of dedicated individuals running institutions in service to their communities, facing the challenges of their context head on, day after day. However, commercial chains of private providers that purport to serve the most poor and vulnerable, while simultaneously locking them out and infringing on the rights of teachers and parents alike is unacceptable. The current situation not only weakens our education system but sets in motion what could be the gradual loss of Kenya’s constitutional sovereignty, creating scenarios where corporate actors become de facto policy makers.

By submitting the complaint, it is our expectation that the CAO will launch a full compliance review that will thoroughly investigate these serious concerns and offer strong recommendations to the IFC which will remedy the situation at a systemic level. We hope this will eventually lead to the IFC withdrawing its equity investment in Bridge, as no progress had been made in the last few years,  and that they would take the necessary steps to mitigate any negative impact on the communities in question arising from this decision. We also hope that the IFC would make investments in education that respect national laws and standards that are aligned with human rights, discharging their due diligence prior to and throughout the lifetime of any such investments to avoid predicaments such as the one in which Kenya currently finds itself.

Samson Siasia pleads for release of mom abducted 10 weeks back

Ready Your Skills for a Cloud-First World With Google